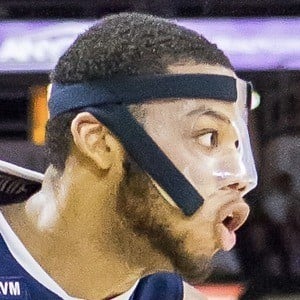 Power forward who joined the Atlanta Hawks after being taken with the 30th overall pick in the 2018 NBA Draft. He had won an NCAA Championship with the Villanova Wildcats earlier that year.

He played basketball at a number of different high schools, including North Royalton, MacDuffie School and St. Thomas More.

He was named the Big East Rookie of the Year after averaging 10.9 points and 8.0 rebounds at Villanova.

He has a brother named Arashma Parks, who committed to play basketball at Temple University in 2017.

He won an NCAA title alongside fellow Wildcat Collin Gillespie.

Omari Spellman Is A Member Of