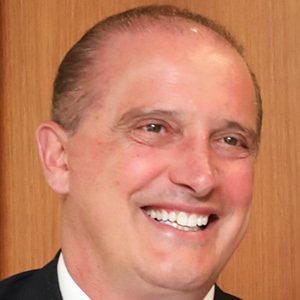 Brazilian politician and veterinary who was elected Chief of Staff in 2019.

He studied veterinary medicine at the Federal University of Santa Maria.

He married Denise Veberling in 2018. He has four children.

He was hired as Chief of Staff by Jair Bolsonaro.

Onyx Lorenzoni Is A Member Of