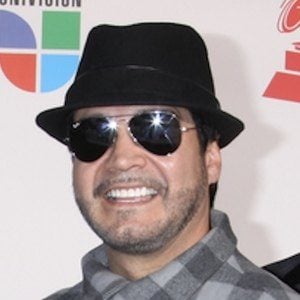 Latin pop singer and head of the Grammy-winning music group La Mafia. The band had released more than three dozen albums since they formed in 1980, earning a Grammy for the albums Un Millón de Rosas and En Tus Manos.

He and multi-instrumentalist Armando Lichtenberger Jr. founded La Mafia in Houston, Texas in 1980.

After the death of his ex-wife and mother of his sons, Delia Guebara Owens, he dedicated the song "Si Quiere Dios" to his former love and good friend. His brother, Leonardo, was previously a guitarist for La Mafia.

Both he and AJ Castillo are prolific Tejano singers.

Oscar De La Rosa Is A Member Of