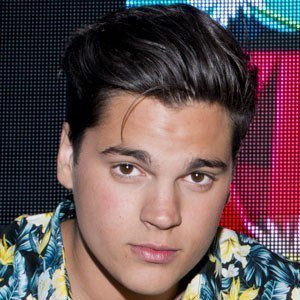 Swedish pop singer known for his appearances on such television reality talent competitions as X Factor, Melodifestivalen, and Let's Dance. He released a 2014 album, I Don't Know How to Dance, that rose to #3 on Swedish music charts.

He successfully auditioned for the Swedish X-Factor by performing David Guetta's "Without You."

He reached the Final 10 in both the 2013 and 2014 Melodifestivalen competitions.

He was born in Svedala, Sweden, to Paolo and Elisabet Zia.

The runner-up on the 2013 season of Let's Dance, he was ultimately defeated by Finnish vocalist Markoolio.

Oscar Zia Is A Member Of