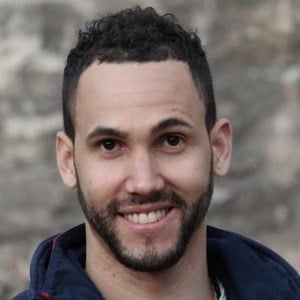 Professional volleyball player who is known for having played on both Cuba's and Italy's national teams. He is an outside hitter known for his serving. He competed in the 2016 Rio de Janeiro Olympic Games as part of Cuba's national team where he earned a silver medal.

His junior career began at the age of 12 as a part of the Orientales de Santiago. He then moved up to his first professional club within the Russian league Ural Ufa. Soon after, he was picked up by the Italian club Itas Diatec Trentino where he won several gold medals at the CEV Champions League. In 2003, he began playing for Cuba's national team.

He has won several individual awards for his playing including Most Valuable Player at the 2011 FIVB Club World Championships and Best Outside Spiker at the 2015 FIVB World Cup.

He was born and raised in Santiago de Cuba, Cuba. He married his wife Glenda and in May of 2013 they had a daughter named Victoria together.

Other professional players known for their work with Cuba's national team include Taismary Aguero and Wilfredo Leon Venero.

Osmany Juantorena Is A Member Of