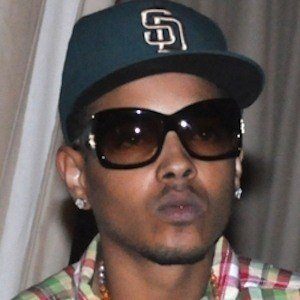 Rapper and music executive, he has often gone by the stage name OJ da Juiceman. Along with the release of his debut album The Otha Side of the Trap, he also founded the record label 32 Entertainment.

In the early 1990s, he met future collaborator Gucci Mane while the two were living in the same apartment building. It would be almost a decade later before he began releasing music.

He has dabbled in acting and, in 2012, he made his debut in the independent street film Stuck on Broke.

He was raised by his single mother in Atlanta, Georgia.

In 2009, he and Swizz Beats were both featured performers on Jadakiss's single "Who's Real."

Otis Williams, Jr. Is A Member Of