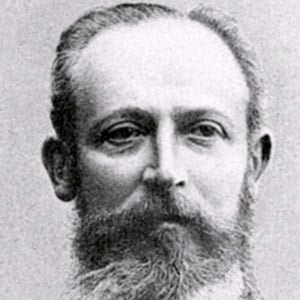 German organic chemist who was a pioneer in the field of alicyclic compounds. He won the 1910 Nobel Prize in Chemistry for his contributions to organic chemistry.

He obtained a degree in chemistry from the University of Gottingen in 1869.

He is responsible for naming Terpene: a large and diverse class of organic compounds, produced by a variety of plants.

His family converted to Lutheranism from Judaism.

He won the Nobel Prize in Chemistry the year before Madame Curie did.

Otto Wallach Is A Member Of