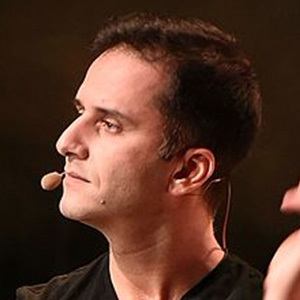 German comedian, presenter, and actor who is known for his work on television and in stage productions. He is recognized for being an ensemble cast member of RebellComedy from 2013 until 2016. He is also known for having appeared as a contestant on the show Let's Dance during its 12th season.

He started his career in entertainment as a breakdancer at the age of 12. He went on to co-found the breakdance crew Dynamic Move in 1996. He made his television debut in 2014 on the ProSieben television series TV Totally.

He has won several awards for his comedy performances including first place at both the NDR Comedy Contest in 2013 and the Comedy Slam Dusseldorf competition in 2012.

He was born and raised in Stuttgart, Germany. He married his wife Neslihan in 2012 and together they have a daughter and a son.

He appeared alongside comedian Khalid Bounouar as part of the German stand-up comedy ensemble RebellComedy.

Ozcan Cosar Is A Member Of