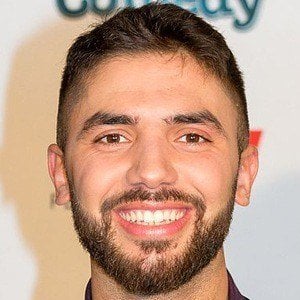 Standup comedian most well known for hosting the YouTube channel RebellComedy. He has also performed on stage at venues like Quatsch Comedy Club and NightWash.

The RebellComedy YouTube channel was created in 2008 and the first video was posted the following year.

In addition to his comedy career, he is also a renowned slam poet.

He was born in Eschweiler to a Moroccan father and an Algerian mother.

He featured fellow comedians Alain Frei, Enissa Amani and Hany Siam in a group photo he shared on his Instagram account in 2019.

Khalid Bounouar Is A Member Of