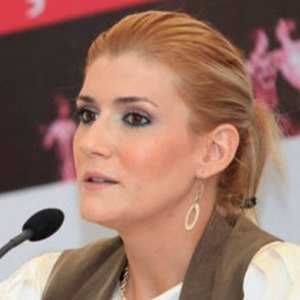 News anchor who first found herself working before the camera in 2002. She did live broadcasts for five years before becoming the main news presenter on Fox Television in 2007.

She appeared in the film Dance with the Jackals 2 in 2012 and presented at the Ankara Uluslararası Film Festival in April 2018. She has over 110,000 followers on her ozge_uzun Instagram account.

She and Cuneyt Özdemir are both Turkish news anchors.

Ozge Uzun Is A Member Of