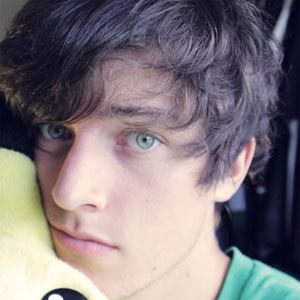 YouTube entertainment artist and musician whose profile, KickthePj, has hosted humorous videos and animations. He has a second channel entitled PJTheKick. He is the creator and writer of the Vimeo series Oscar's Hotel for Fantastical Creatures.

He studied at the University for the Creative Arts in Farnham, England, graduating in 2013.

He began making videos in 2007, and won a Virgin Media award for PJ, Tiny Planet Explorer, in 2012. He has made videos about Among Us and Mario.

Based in Brighton, England, he frequently flies to Los Angeles for the filming of his series Oscar's Hotel. He has been in a relationship with fellow YouTube star Sophie Newton.

He is part of the English YouTube group The Fantastic Foursome with Dan Howell, Phil Lester, and Chris Kendall.

PJ Liguori Is A Member Of