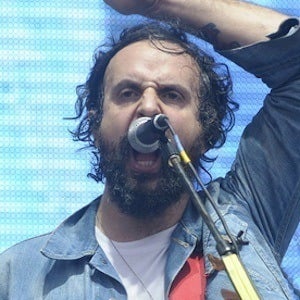 Bassist and vocalist best known as a member of the Mexican rap-rock act Molotov, who came to prominence in the late 90s with singles like "Polkas Palabras." His first EP as a solo artist, El Plan de Ayala, was released in 2007.

He was heavily influenced by classic rock bands like Led Zeppelin and Black Sabbath growing up. He got his start as a member of the children's band Din-Din.

He is a multi-instrumentalist who has been known to play drums for Molotov when drummer Randy Ebright decides to perform vocals.

He married Heydee Hofmann, star of the reality show Lucky Ladies. He has several children.

His band worked on the soundtrack for the film Y Tu Mamá También (2001), directed by Oscar winner Alfonso Cuaron.

Paco Ayala Is A Member Of