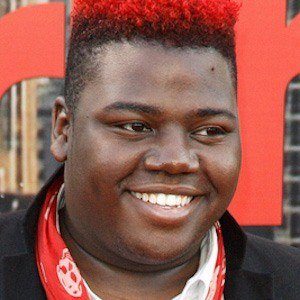 Singer and songwriter, who first gained prominence after his appearance on the 7th season of ITV's The X-Factor. His time on The X-Factor was not an easy one, as his performances were very dividing. His biggest supporter among the judges was Dannii Minogue. He released his single "Bang Bang" in 2012.

He worked as an usher at a movie theater when he first auditioned for The X-Factor. He had also just completed his BTEC National Diploma in Art and Design with an emphasis on fashion and clothing at City and Islington College in Islington, London.

He is close with his family which consists of his mother, his father, and his brother.

Paije Richardson Is A Member Of