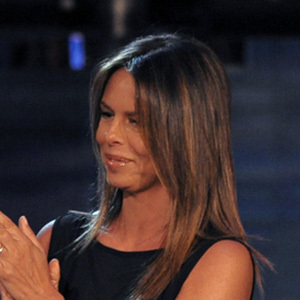 Decorated television host and personality who is recognized for her work with the Rai 1 network. She has hosted several programs on the network including Domenica In, Superbrain, and Se... a Dasa di Paola.

After working as a model for some time she made her television debut in 1983.

She married entrepreneur Lucio Presta in 2011.

She replaced Barbara d'Urso as the host of Lo Show dei Record in 2010.

Paola Perego Is A Member Of