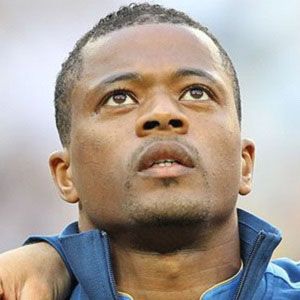 Attacker who joined the French national team in 2004 and became the captain in 2010. He played for Manchester United from 2006-2014; he later would play for Juventus and Marseille.

He began his youth soccer career with Co Les Ulis at age 11.

He won four Premier League titles during his first five seasons with Manchester United. He was named UNFP Ligue 1 Young Player of the Year in 2003-04.

He has a son named Lenny and a daughter named Maona with Sandra Evra, whom he married in 2007.

He became captain of France's national team in 2010, a position previously held by striker Thierry Henry.

Patrice Evra Is A Member Of