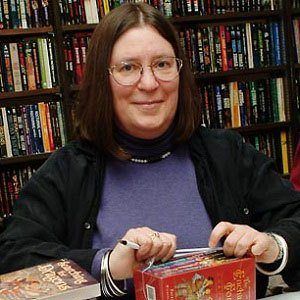 Notable for her Lyra, Enchanted Forest Chronicles, Cecelia and Kate, Frontier Magic, and Magic and Malice fantasy fiction series, she is also recognized for her young adult novelizations of Star Wars: Episodes I, II, and III.

After earning her undergraduate degree in Biology from Carleton College, she completed her MBA at the University of Minnesota. Until launching her literary career, she worked as an accountant.

In the early 1980s, she became a founding member of a fantasy writers' group called The Scribblies.

She was born and raised in Chicago, Illinois, and she later settled in Minneapolis, Minnesota. She adopted two cats and spent time with her eight nieces and nephews.

Fellow fantasy and children's fiction writer Bruce Coville edited one of the stories in her short fiction collection Book of Enchantments.

Patricia Wrede Is A Member Of