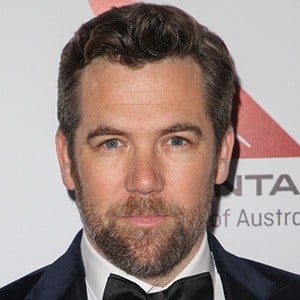 Cast member of popular series such as ABC's A Moody Christmas, Channel Ten's Offspring and ABC's Glitch who went on to star in both the Australian and American versions of the series No Activity.

For the first ten years of his life, he spent a lot of time in and out of the hospital. He was born with a rare genetic disorder called prune belly syndrome and doctors did not believe he would survive. He graduated from the Victorian College of the Arts in 2001.

He breakthrough role was in a 2004 TV movie called The Alice. It led to a starring role in a spin-off series.

He met his future wife Samantha Nield on the set of The Alice. They married in 2013 and later divorced. He began dating Harriet Dyer in 2017.

He also executive produced the American version of No Activity alongside Will Ferrell and Adam McKay.

Home and Away
Call Your Mother
No Activity