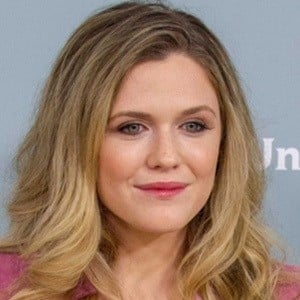 Actress who rose to fame for her role as Patricia Saunders on the Australian TV drama Love Child. She was nominated for the most popular new talent Logie Award in 2016 for her work on the show before being cast on the 2019 NBC TV series The InBetween.

She attended the National Institute of Dramatic Art. She later graduated from Actor's Centre Australia with her degree in acting in 2011.

She was nominated for the 2015 AACTA Awards for best supporting actress for her work on Love Child. She appeared on the 2017 TV comedy Kiki and Kitty.

She has been romantically linked to her Love Child co-star Patrick Brammall.

She and Paul Blackthorne have starred on the 2019 NBC TV series The InBetween.

Harriet Dyer Is A Member Of