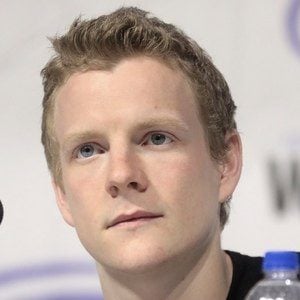 Irish actor who began receiving widespread praise for his portrayal of Steve Winchell on the Netflix sci-fi series The OA. He was previously known for his roles on shows like The Tudors and in films like 2016's Property of the State.

He made his acting debut in the short film Bye Bye Inkhead in 2002.

He received sword and shield training for his role on the series The White Princesses.

He was born in Ireland. He has been in a relationship with Joanna Kuchta.

He began appearing alongside actress and show creator Brit Marling on The OA in 2016.

Patrick Gibson Is A Member Of