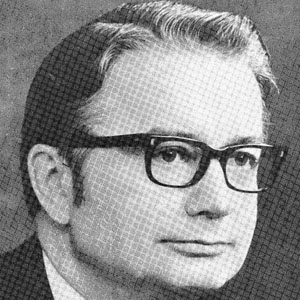 Democratic Party politician and thirty-eighth Governor of Wisconsin (1971-1977). Under the presidential administration of Jimmy Carter, he also served as United States Ambassador to Mexico.

After briefly attending St. Thomas College in Minnesota, he was stationed in the Caribbean during World War II as a member of the United States Army Quartermaster Corps. He later earned a philosophy degree from the University of Wisconsin-Madison.

During the late 1940s and early 1950s, he served in the Wisconsin State Assembly. He later held office as Lieutenant Governor of Wisconsin.

He grew up in La Crosse, Ferryville, and Prairie du Chien, Wisconsin, as the son of Gregory and Ella Lucey. He died in Milwaukee in his mid-nineties.

In 1960, he aided John F. Kennedy during Kennedy's presidential campaign stops in Wisconsin.

Patrick Lucey Is A Member Of