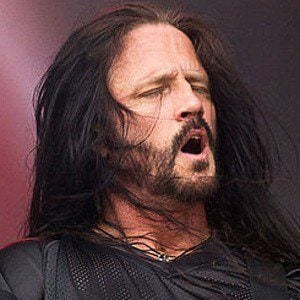 Swedish metal guitarist best known as the co-founder of the bands The Haunted and Witchery. He has also served as the guitarist for such bands as Seance, Brujeria and Satanic Slaughter.

He was gifted with his first guitar at age 7 but did not begin seriously playing it until he was 16.

In 2013, he briefly replaced Niclas Engelin as the guitarist for In Flames following the birth of Engelin's child.

He was born in Linköping, Sweden.

He was bandmates with former The Haunted singer Peter Dolving.

Patrik Jensen Is A Member Of