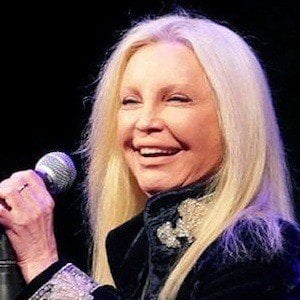 Pop star who became one the best-selling singers in Italian history with such songs as "La Bambola," "Pazza Idea" and "Pensiero Stupendo." She has released more than a dozen top 10 albums and sold more than 100 million records worldwide.

She left her home in Italy to live in London, England at age 15. She began her music career as a regular performer at the Piper Club in Rome in the 60s.

In 1994, she became the first Italian artist ever to perform in China. Her next album, Ideogrammi, was inspired by the experience and produced entirely in China.

She married and got divorced from Franco Baldieri, Paul Martinez, Jack Johnson and Gordon Faggeter. She has a brother named Giancarlo and a sister named Fiorella.

Patty Pravo Is A Member Of