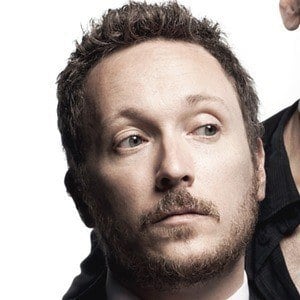 Drummer with pop rock band Matchbox Twenty who started the group The Break and Repair Method. He has also pursued a solo career.

After attending Norwin High School, he moved and he met his future bandmates in Orlando, Florida.

He designed the light shows for his band's performances.

Growing up, he was inspired by Bill Rieflin's drumwork with R.E.M.

Paul Doucette Is A Member Of