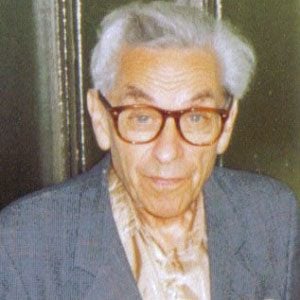 Hungarian mathematician who became one of the most prolific of the twentieth century, having writing more than 1,500 mathematical articles during his career. He was famous for his eccentric personality and was described as "The Oddball's Odball" by Time magazine.

He was born in Budapest and earned his doctorate in Mathematics from the University of Budapest at just 21 years old.

He lived a famously minimalist lifestyle and donated much of his earnings to charitable causes and people in need.

He was the only surviving child of Anna and Lajos Erdos after his two sisters died just days before his birth. He never married and never had children.

He and Swedish Leonhard Euler are both mathematicians known for their prolificness.

Paul Erdos Is A Member Of