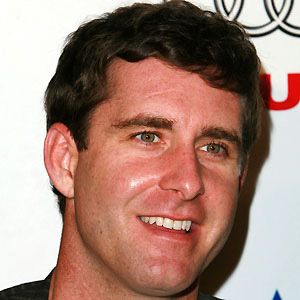 American actor best known for his appearances on Guiding Light and Treme who has guest starred on The Good Wife, Blue Bloods, and M.Y.O.B.

He studied at Northwestern University and later got his masters at the University of San Diego Drama School.

He wrote and directed a film in 2006 entitled Forgiven. He has appeared in the 2012 film, Arbitrage, and the 2011 film, Jackie Goldberg Private Dick.

Although he was born in New York City, he grew up in Lynchburg, Virginia before moving to Evanston, Illinois for school. His aunt is radio show host Stephanie Miller.

He appeared in the Broadway revival of director Michael Frayn's 1992 film, Noises Off, with actor Jane Curtin.

Paul Fitzgerald Is A Member Of