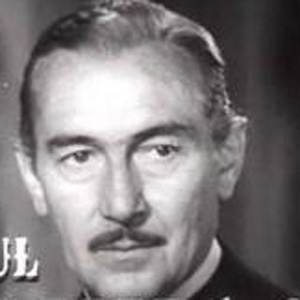 Academy Award-winning film actor best known for his performances in films from the '30s and '40s. He appeared in The Lady Vanishes, which was directed by Alfred Hitchcock, as well as the comedy film, Ladies in Love, and Dodsworth.

He beat out Humphrey Bogart's legendary performance in Casablanca at the 1941 Academy Awards, where he won the Best Actor Award for his role in Watch on the Rhine.

Paul Lukas Is A Member Of