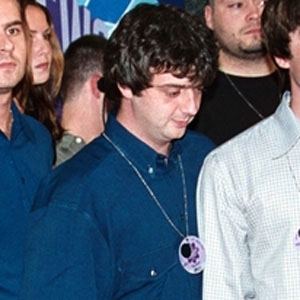 Nicknamed "Guigsy" and best known as a founding member of the popular 1990s rock band Oasis, this British bassist ended his association with the band in 1999 and began working as a DJ.

When the group that would become Oasis was first formed (in the late 1980s), McGuigan and his musical collaborators performed under the band name of The Rain.

An avid fan of soccer, he co-wrote a biography of English footballer Robin Friday.

He was born in Lancashire, England, to a family of Irish descent. He later settled in London with his wife and child.

McGuigan's decision to leave Oasis may have been a result of the fact that the band's guitarist, Noel Gallagher, often re-recorded McGuigan's bass lines prior to the release of major albums.

Paul McGuigan Is A Member Of