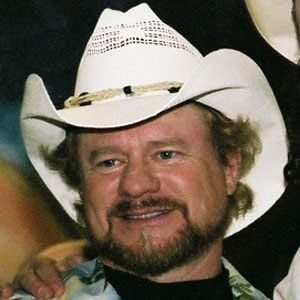 Grammy Award-winning country music artist who has recorded and released ten studio albums and two #1 hit singles from 1982 to 2005, including "Daddy's Come Around."

He was born to Mary Hatten and William Overstreet and was part of the trio S-K-O before being replaced by Craig Bickhardt.

He won a 1993 GMA Dove Award in the Country Recorded Song of the Year category for his song "There But For the Grace of God Go I."

He married Julie Miller in 1985. He has six children, including Nash, who is known as the guitarist for the music group Hot Chelle Rae, and Chord, who is known for his role as Sam Evans on the popular television series Glee.

He has been a songwriter for Randy Travis.

Paul Overstreet Is A Member Of