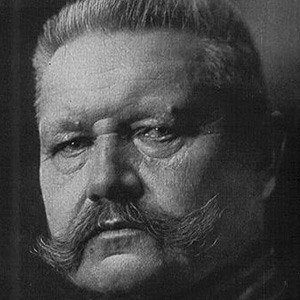 The second president of Germany from 1925 to 1934 who most notably appointed Adolf Hitler as Chancellor of Germany in 1933.

His name was given to the famous zeppelin Hindenburg, which was destroyed by accidental fire in 1937.

He is a direct descendant of Protestant leader Martin Luther.

He signed the Enabling Act, which gave Adolf Hitler administrative powers, in March of 1933.

Paul Von Hindenburg Is A Member Of