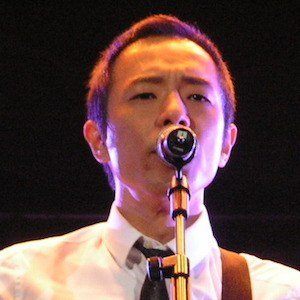 Hong Kong musician, singer, songwriter, and record producer. He is known for being the lead guitarist of the rock band Beyond as well as being the singer and songwriter for his solo career.

He studied graphic design at Hong Kong Polytechnic University. While attending school, he met his friends who would later help him form the band Beyond. He released his first album in 2001.

In addition to his music, he is also known for being an actor and has appeared in several different films including the 2013 film Doomsday Party and the 2009 film Rebellion.

He was born and raised in British Hong Kong.

As a musician from Hong Kong, he can be seen in comparison to Jackson Wang, Celine Tam, Andy Lau, and Herman Li who are also from the area.

Paul Wong Is A Member Of