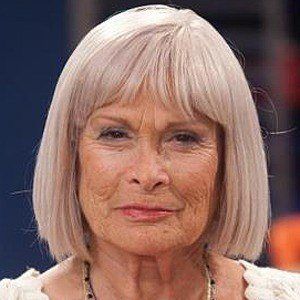 Veteran film and television actress notable for portraying Mrs. Pamela Voorhees, the mother of Jason in the 2003 horror film Freddy vs. Jason. She has credits in the acclaimed films Insomnia and Reindeer Games, and would later star in the TV shows Cedar Cove and Mr. Young.

Her earliest professional credit dates back to 1969.

She became a life member of The Actors Studio.

She was born in The Bronx, and later resided in Vancouver, British Columbia, Canada.

While she played Mrs. Voorhees in Freddy vs. Jason, Nana Visitor played the same role in the 2009 remake of Friday the 13th.

Paula Shaw Is A Member Of