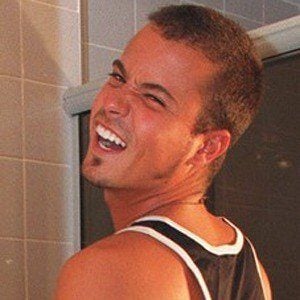 Brazilian actor who shot to stardom as a regular cast member on shows like Celebrity. Três Irmãs and Tropical Paradise. His film work includes 2013's Sheep's Clothing and 2016's A Boyfriend for My Wife.

He started his career as a model at age 17. He went to college at Pontifícia Universidade Católica de São Paulo.

He received Best Supporting Actor honors at the Los Angeles Brazilian Film Festival for his performance in Entre Nós.

He was married to actress Thaila Ayala from 2011 to 2013. He has dated surfer Roberta Alonso.

He appeared alongside Wagner Moura on Tropical Paradise from 2007 to 2013.

Paulo Vilhena Is A Member Of