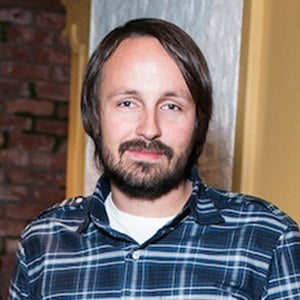 Director and entrepreneur who founded the successful production company Hoodyakov Production, who have created a variety of music videos and commercials. He has personally directed music videos for Russian musicians like Nikolay Baskov, Egor Kreed and Feduk.

He hails from Moscow, Russia.

He made his feature film debut directing the Russian comedy Odnoklassniki.ru: naCLICKay udachu (2013).

He is the son of film director Konstantin Khudyakov. He married Korneliya Polyak in 2007. He has children named Mark and Antonina.

He directed the music video for Timati and Snoop Dogg's "Groove On (Remix)."

Pavel Hoodyakov Is A Member Of