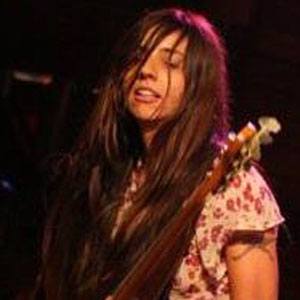 Known best for playing bass guitar for the alternative rock bands Zwan, Pixies, and Entrance, Lenchantin also peformed with a Los Angeles-based supergroup called A Perfect Circle. A multi-instrumentalist, she contributed violin, guitar, piano, and vocal tracks, as well as bass tracks, to several of her bands' albums.

By the age of twelve, she could play the piano, the violin, and the guitar. She recorded her debut solo album, Yellow mY skYcaptain, in 2000.

She contributed to Queens Of The Stone Age's 2002 album Songs For The Deaf.

Born in Mar del Plata, Argentina to a family of Armenian and French heritage, she grew up primarily in Los Angeles, California. Her siblings, Luciano and Ana Lenchantin, also had careers as musicians.

She and singer Black Francis were both members of the Boston-based alternative rock band Pixies.

Paz Lenchantin Is A Member Of