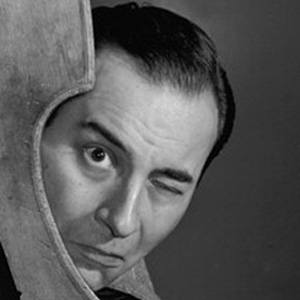 Famed musician and composer of the Big Band era. He was fluent in the clarinet and played with Louis Armstrong.

His first big gig was traveling with the Glenn Miller Army Air Force Band, which brought him to Europe during the first World War.

He collaborated with Japanese jazz clarinet player Shoji Suzuki in January 1951 on Suzukake No Michi. It achieved levels of popularity previously unheard of in Japan for a jazz record.

He was married to Louise Tobin from 1967 until his death in 2003. His nickname Peanuts came from an obsession with the snack during his youth. His birth name was Michael Andrew Hucko.

He participated and played in many bands during his lengthy career, including one put together by Benny Goodman.

Peanuts Hucko Is A Member Of