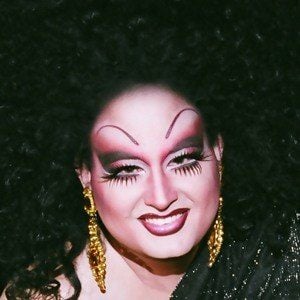 Tony Cody is the drag performer Penny Tration. He rose to widespread fame competing on the fifth season of RuPaul's Drag Race.

His first stage name was The Drag Queen Helga because he looked like a Russian gymnast. However, the name was trademarked by another performer so he was forced to find a new stage name.

A prolific artist, his work has been shown in numerous successful gallery shows.

He hails from Cincinnati, Ohio.

On the fifth season of Drag Race, he was beaten out by Jinkx Monsoon.

Penny Tration Is A Member Of