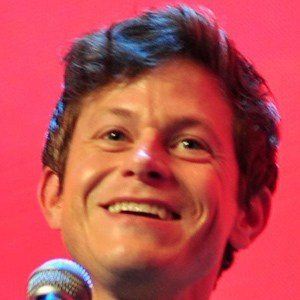 American singer best known as the mastermind behind the solo indie pop project Perfume Genius. He has performed on such television shows as The Late Show with Stephen Colbert and won critical acclaim with releases like Put Your Back N 2 It (2012) and No Shape (2017).

He grew up in the suburbs of Seattle, Washington and dropped out of high school in his senior year. He later worked as a doorman for a club in the East Village neighborhood of New York City.

He recorded a cover of The Grateful Dead's "To Lay Me Down," all the profits for which were donated to the Red Hot Organization, which aims to help combat HIV/AIDS.

His real name is Mike Hadreas. His parents divorced during his teen years.

His album No Shape was produced by Blake Mills.

Perfume Genius Is A Member Of