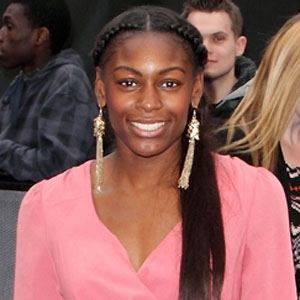 Grenadian sprinter and hurdler who won gold medals at the 2012 World Indoor Championships as well as the 2013 European Championships. At the 2012 London Grand Prix, she posted the second-fastest 400m time ever by a British woman.

She graduated from Brunel University and set hurdling records at the English Schools Championships.

She was a star hurdler before a knee injury at the World Championships in 2013 forced her to focus on sprinting.

Her father, Patrick, is the former fitness trainer for boxer .

The 400m time she posted in 2012 was second all-time to that of Sally Gunnell.

Perri Shakes-Drayton Is A Member Of