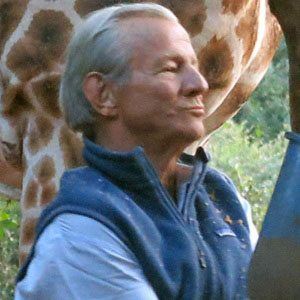 Famous for such African-themed photography collections as the End of the Game (1965) and Zara's Tales: Perilous Escapades in Equatorial Africa (2004), this American-born visual artist had his work exhibited at New York's International Center of Photography and at Paris' Centre National de la Photographie, among other major venues.

After completing his Art History degree at Yale University, he traveled to Africa and began his photography career by capturing images of dying and deceased elephants at Kenya's Tsavo National Park.

He participated in several film projects, including Hallelujah the Hills (1963) and The Bicentennial Big Foot Blues (1976).

The son of Anson McCook Beard, Jr. and Roseanne Hoar Beard and the great-grandson of Great Northern Railway founder James Jerome Hill, he spent his youth in New York and Alabama. After divorcing his first two wives -- socialite Minnie Cushing and model Cheryl Tiegs -- he raised a daughter named Zara with his third wife, Nejma Khanum.

He and Scottish photographer David Yarrow both became known for their images of landscapes and wildlife and for their support of African elephant conservation.

Peter Beard Is A Member Of