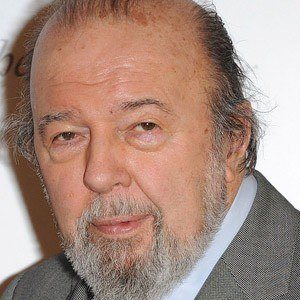 Founder of the Royal Shakespeare Company who contributed greatly to British dramatic arts.

He began acting at Cambridge University, where he learned how to speak Shakespearean verse.

He was 29 and already an experienced director of stage plays when he founded the Royal Shakespeare Company.

His daughter was the famed Rebecca Hall.

His institution hosted such illustrious actors as Vanessa Redgrave among its students.

Peter Hall Is A Member Of