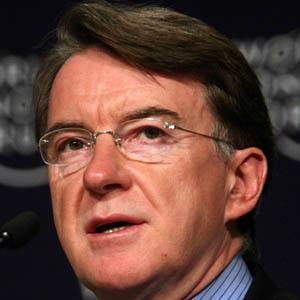 British Labour Party politician who was a Member of Parliament and has served in a number of Cabinet positions. He was the First Secretary of State from 2009 to 2010 under Prime Minister Gordon Brown.

As Chair of the British Youth Council, he was a delegate to the Soviet-organised World Festival of Youth and Students in Havana, Cuba in 1978.

He was the first openly gay man to hold the position of European Commissioner for Trade, when he took the position in 2004.

Peter Mandelson Is A Member Of