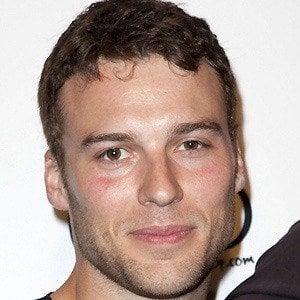 Canadian actor who became known for his television roles on Rookie Blue, Camelot, and Falcon Beach. He also appeared in 2013's Republic of Doyle and began starring in Burden of Truth in 2018.

He performed as a child with the Manitoba Theatre for Young People and later attended Montreal's National Theatre School of Canada.

His stage credits include major roles in The Tempest, Romeo and Juliet, and Edward Albee's The Goat, or Who is Sylvia?

He was born and raised in Winnipeg, Manitoba, Canada. In 2017, he married actress Sarah Power.

He was a series regular on Camelot, a Starz production that starred James Campbell Bower as King Arthur.