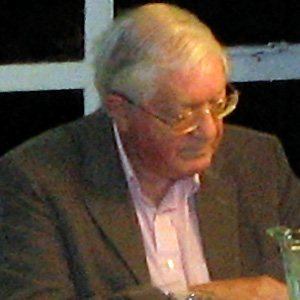 Australian-born British poet whose works include Automatic Oracle, Once Bitten Twice Bitten, and Better Than God. His numerous literary honors include the Whitbread Poetry Award and the Australian Literature Society Gold Medal.

His mother died when he was nine years old. He studied at the Church of England Grammar School until the age of eighteen.

He met Jill Neville while traveling from Australia to England in 1951. Afterwards, Neville made Porter a character in her 1966 novel The Fall Girl.

He was influenced by the work of poet Wallace Stevens.

Peter Porter Is A Member Of