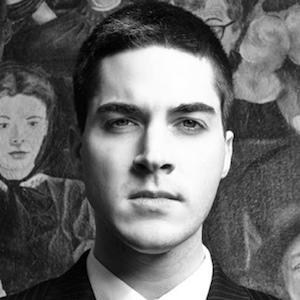 Creator of the tremendously successful YouTube movie review show Movie Buzz. In 2014, he retired the show to finish his college degree and focus on his personal life. He then went on to host his own podcast called Rallis Review.

He was the host of his high school's friday morning news show and later attended college at The School of Visual Arts in New York City where he studied Film/Video and began Movie Buzz.

His reviews were quoted on television plugs for the films Delivery Man and Captain America: The Winter Soldier. He and fellow YouTube star Ray William Johnson have collaborated on a number of videos.

He grew up in Seattle, Washington with two younger siblings. He briefly studied broadcast journalism at Emerson in Boston before moving to Los Angeles in August 2010 to work on Movie Buzz full-time. He completed his college degree at Boise State University in 2017.

Peter Rallis Is A Member Of