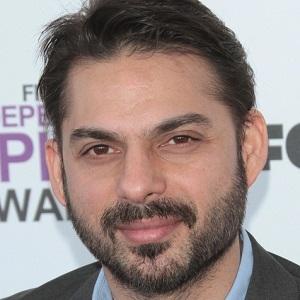 Iranian-American entertainer known as the writer and director of the award-winning 2013 film Snow On Pines. He is perhaps most famous for his acting work in two Asghar Farhadi films: About Elly and A Separation.

He began his career by writing the screenplay for the acclaimed film Swan Song.

He received the Berlin Film Festival's Silver Bear Award for his starring role in A Separation.

He was born in New York City, and he later lived in Tehran, Iran and Los Angeles, California. Following their 2008 wedding, he and his wife, Rana Hamidi, welcomed two children.

He was cast alongside Morgan Freeman and Clive Owen in the film The Last Knights.

Peyman Moaadi Is A Member Of