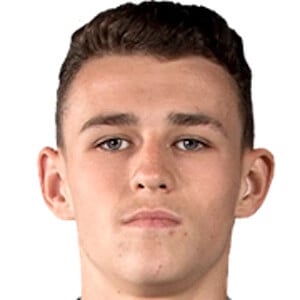 Midfield phenom who made his first senior appearance with Manchester City during the 2017 International Champions Cup against Manchester United. He was first called up to the squad when he was only 16.

He started playing for the team as a young boy, joining Man City's U9 squad.

He competed in England's Under-17 division and went on to play in the UEFA European Under-17 Championship.

He is from England. He and his long-term partner Rebecca Cooke had a son named Ronnie in January 2019. The couple welcomed their second child, a daughter, in 2021.

He earned praise from coach Pep Guardiola after his first senior game with Man City.

Phil Foden Is A Member Of