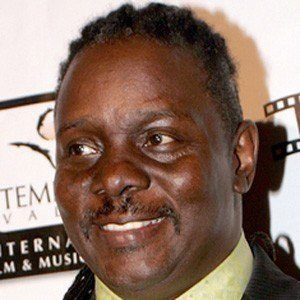 American singer-songwriter and actor best known for being a vocalist in the band Earth, Wind, and Fire.

He was in an R&B group called Friends & Love when he was growing up in Colorado.

He became well known for his four-octave vocal range, which included an impressive falsetto.

As a solo artist, he sang the duet "Easy Lover" with Phil Collins.

Philip Bailey Is A Member Of