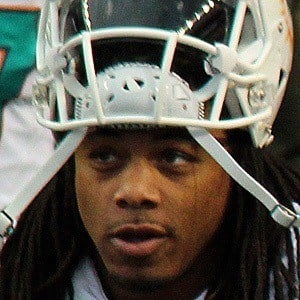 Linebacker who started his NFL career with the Indianapolis Colts in 2008.

Prior to his NFL career, he played college football at Georgia Tech.

For two consecutive years in college, he was named Second-team All-ACC.

He was born to Phyllis Dent. He started dating WAGS Miami star Ashley Nicole Roberts and they married in June 2017. They have children named Deuce and Philip together.

In 2015, he began playing for the Atlanta Falcons alongside Vic Beasley.

Philip Wheeler Is A Member Of