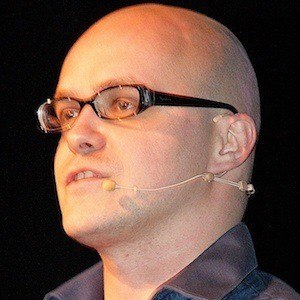 Belgian comedian known for his appearances on shows like M!LF, Dr. Livingstone, and Geubels and Belgians. He also appeared on season seven of the reality show The Smartest Person in the World.

He worked in sales before starting his comedy career, which kicked off in 2006 after competing in the Lunatic Comedy Award.

After his appearances on The Smartest Person in the World, he became a judge on the show. He also appeared in the movies Los Flamencos and K3 Dierenhotel.

He hails from Dendermonde, Belgium.

Dr. Livingstone was a travel show where he and Martin Heylen traveled on routes inspired by the adventures of David Livingstone and Henry Morton Stanley in the 1870s.

Philippe Geubels Is A Member Of