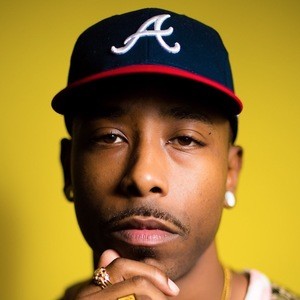 Atlanta underground rapper who rose to fame on BET's reality show, Music Moguls, where he was a protege of hip-hop rapper and producer Jermaine Dupri. He's popular for his project #FakeDeep.

He dropped his first mixtape following graduation from The Art Institute Of Atlanta for Graphic Design and Audio Production.

He has collaborated with Bun B and Da Brat.

He hails from East Atlanta, Georgia; although both of his parents are from the Bronx, New York.

He and Jermaine Dupri collaborated on his track "Lightning Round."

Phresh Ali Is A Member Of